Hospital is not Inoculated against Lawsuit Re: New Hire Who Refused Flu Shot 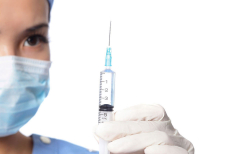 Memorial Healthcare, a Michigan health care provider, must answer allegations that its decision to revoke a job offer to a medical transcriptionist candidate constituted religious discrimination.  According to a lawsuit filed by the U.S. Equal Employment Opportunity Commission (EEOC) last week in EEOC v. Memorial Healthcare, a new hire named Yvonne Bair objected to a requirement that she receive a flu shot upon hire.  Bair’s objection was brought on the ground that her religious beliefs prohibited her from injecting foreign substances into her body and instead required her to rely on natural methods for health.

After refusing the shot, Bair sought an accommodation to the vaccination requirement in the form of being allowed to wear a mask during flu season.  The hospital refused the request, despite the fact that company policy authorized the use of masks by employees who were unable to receive vaccines for medical reasons.  Instead, the hospital offered Bair the alternative accommodation of allowing her to be vaccinated using a flu mist.  When she refused, her job offer was revoked.

The EEOC alleges that the hospital’s actions violated Title VII of the Civil Rights Act of 1964, which protects employees from discrimination based on religion and requires employers to provide employees with reasonable accommodations that allow them to practice their sincerely held religious beliefs, absent undue hardship.  The complaint seeks both monetary relief for Bair and an injunction to prohibit the company from engaging in this type of discrimination in the future.