U.S. Supreme Court: No Right to Class Actions under NLRA; Arbitration Agreements Enforced According to Terms 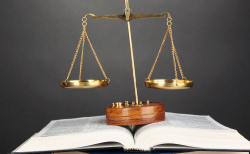 Finding that it has never read a right to class actions into the NLRA, the U.S. Supreme Court, in a 5-4 decision with Justice Gorsuch writing for the majority, has ruled that in the Federal Arbitration Act (FAA), Congress instructed federal courts to enforce arbitration agreements according to their terms—including terms providing for individualized proceedings. Thus, the Court ruled that neither the FAA’s savings clause nor the NLRA provided a basis to challenge the lawfulness of mandatory arbitration agreements that require employees to waive their right to class or collective actions in any forum. Justice Thomas filed a separate concurring opinion. Justice Ginsburg, joined by Justices Breyer, Sotomayor, and Kagan, filed a separate dissenting opinion (Epic Systems Corp. v. Lewis, May 21, 2018, Gorsuch, N.).

In each of three cases, an employer and employee entered into a contract providing for individualized arbitration proceedings to resolve employment disputes between the parties. However, each employee sought to litigate FLSA and related state-law claims through class or collective actions in federal court. The FAA generally requires courts to enforce arbitration agreements as written, but the employees argued that its "savings clause" removes this obligation if an arbitration agreement violates some other federal law. According to the employees, by requiring individualized proceedings, the agreements violated the NLRA. The employers countered that the FAA protects agreements requiring arbitration from judicial interference and that neither the savings clause nor the NLRA demands a different conclusion.

The employees asked the Court to infer that class and collective actions are "concerted activities" protected by Section 7 of the NLRA, which guarantees employees "the right of self-organization, to form, join or assist labor organizations, to bargain collectively . . . and to engage in other concerted activities for the purpose of collective bargaining or other mutual aid or protection." However, the Court pointed out that Section 7 focuses on the right to organize unions and bargain collectively. It does not mention class or collective action procedures or even hint at a clear and manifest wish to displace the FAA.

Have you updated your policies, procedures, and handbook provisions to reflect the new laws? HEC has updated various resources on its website.