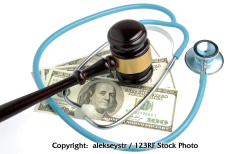 In an opinion filed on August 29, the U.S. Court of Appeals for the Ninth Circuit found a violation of the Americans with Disabilities Act (ADA) when an employer conditioned a job offer on a prospective employee obtaining an MRI at his own expense.  EEOC v. BNSF Ry. Co., No. 16-35457 (9th Cir. Aug. 29, 2018).

BNSF Railway Company extended Russel Holt a conditional job offer as a senior patrol officer, contingent on his completion of BNSF’s medical evaluation process.  During the process, Holt disclosed a back injury he had suffered four years earlier.  Although Holt did not have any current symptoms and three reviewing doctors agreed he had no limitations that would prevent him from performing the position, BNSF's medical officer requested a current MRI on Holt's back due to the “uncertain prognosis” of his back condition.  BNSF told Holt he had to pay for the MRI himself.  Holt did not get the MRI and BNSF treated the job offer as if Holt had declined it.

Holt filed a charge with the Equal Employment Opportunity Commission (EEOC), which sued BNSF for disability discrimination in violation of the ADA.

The Ninth Circuit concluded that BNSF discriminated against Holt because of his perceived disability by conditioning his job offer on obtaining an MRI at his own expense.  In arriving at its decision, the Ninth Circuit noted the following:

Following this decision, employers requiring a post-offer, pre-employment medical exam should pay the cost of any follow-up testing or risk charges of an ADA violation.