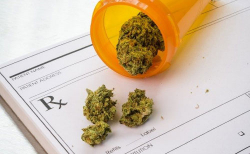 The U.S. Court of Appeals for the Ninth Circuit recently upheld the dismissal of a lawsuit brought by an employee of Charter Communications, LLC (“Charter”) who was fired after testing positive for marijuana, even though he was a medical marijuana cardholder.  Although the decision was unpublished and has limited precedential value, it is relevant to assess the Ninth Circuit’s reasoning, particularly in light of the medical marijuana legislation likely to be raised in the upcoming Hawaii legislative session.

Charter, as a federal contractor, was required to comply with the Drug-Free Workplace Act.  Lance Carlson was terminated from Charter after testing positive for marijuana following an incident in which he hit a pole with a company-owned vehicle.  At the time of the incident, and for the preceding six years, Carlson was a medical marijuana cardholder under the Montana Marijuana Act (“MMA”).  Carlson sued Charter for wrongful termination.  The District Court dismissed the majority of his lawsuit, and the Ninth Circuit agreed the dismissal was proper.

Prohibitions on Marijuana and Wrongful Discharge Suits are Constitutional

The MMA provides that an employer is not required to accommodate the use of marijuana by a registered cardholder, and it does not permit an employee to sue an employer for wrongful discharge.  Carlson argued that those aspects of the law were unconstitutional and that his job should have been protected since he was using marijuana in accordance with the MMA.  The Court rejected that argument, holding that Montana has a legitimate state interest in regulating medical marijuana and not encroaching on federal law, under which marijuana remains an illegal substance.

The Court also noted that the MMA is not preempted or voided by the federal Drug-Free Workplace Act because the MMA allows employers to prohibit employees from using marijuana and it does not authorize wrongful termination or discrimination suits against employers.  Notably, as discussed in a recent news digest article, Hawaii legislators are contemplating a law that is the opposite of the Montana law in that it would prohibit employers from disciplining employees for marijuana use if they are medical marijuana cardholders.  If the Hawaii legislature moves forward with such legislation, it remains to be seen whether it would avoid preemption by the Drug-Free Workplace Act and how a state or federal court in Hawaii would address the conflict faced by an employer who must comply with conflicting obligations.