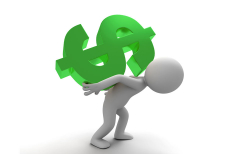 The Department of Labor (DOL) announced increased civil monetary penalties for 2019, including increases for violations of:

The Federal Civil Penalties Inflation Adjustment Act requires the DOL to annually adjust its civil monetary penalty levels for inflation no later than January 15 of each year by issuing a final rule that is effective on the date it is published in the Federal Register.  The Office of the Federal Register, however, was closed due to the partial government shutdown, resulting in a delay.