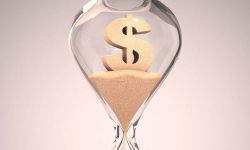 The Department of Labor (“DOL”) recently announced a proposed rule that would convert more than one million U.S. employees from exempt to non-exempt employees, thus making them eligible for overtime pay.

What is the Current Law?

The Fair Labor Standards Act (“FLSA”) requires that employees who work more than 40 hours per week must be paid overtime unless they qualify for an exemption by meeting each of the following three tests:

The DOL's regulations also contain an exemption for “highly-compensated” employees who are currently defined as being paid at least $100,000 annually.

If finalized as proposed, the DOL estimates that approximately 1.1 million currently exempt U.S. employees would, without some intervening action by their employers, become nonexempt, thus qualifying for overtime pay.

The DOL is not proposing any change to the duties test.

The Department encourages any interested members of the public to submit comments about the proposed rule electronically at www.regulations.gov, in the rulemaking docket RIN 1235-AA20.  Comments must be submitted by 11:59 pm 60 days from the Federal Register publication in order to be considered.

As of the writing of this article, however, the proposed rule has been submitted to the Office of the Federal Register for publication, but has not yet been published to the federal register.

Legal challenges are expected from both business groups concerned about the increase to payroll costs and by worker advocates who say the rule does not go far enough to expand overtime pay.  That being said, employers may want to (re-)start evaluating job positions and compensation to determine whether they should increase salaries to the minimum level to avoid the possibility of an overtime obligation or convert currently exempt employees to non-exempt status.