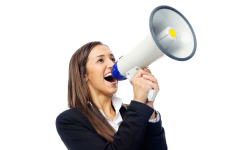 The Department of Labor’s (“DOL”) proposed overtime rule was finally published in the Federal Register on March 22.  As described in a previous news digest article, the proposed rule would update the salary level for exempt employees from $23,660 to $35,308, and the salary level for defining highly compensated employees from $100,000 to $147,414 per year.  Comments on the proposed rule should be submitted electronically at www.regulations.gov, in the rulemaking docket RIN 1235-AA20.  Comments must be submitted by 11:59 pm on May 21, 2019.  An extension of the comment period for this rule is unlikely given the DOL’s desire for the final rule to be effective by January 1, 2020.

As indicated in an earlier news digest article, on March 4, a federal court ordered the reinstatement of Component 2 pay data collection in the EEO-1 survey.  The EEOC opened the survey portal as planned on March 18, but is only accepting Component 1 data.  The EEOC released a statement indicating that it is “working diligently on next steps in the wake of the court’s order . . ., which vacated the OMB Stay on collection of Component 2 EEO-1 pay data.  The EEOC will provide further information as soon as possible.”

According to published reports, on March 19, the Court ordered the EEOC to provide guidance by April 3 about how it will collect Component 2 data from employers.  We will continue to monitor this developing story.