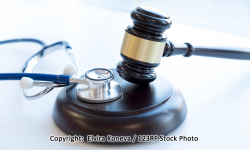 As previously discussed in this news digest article, the U.S. Department of Health and Human Services’ (HHS) recently issued a final rule protecting healthcare workers who refuse to provide care due to moral or religious beliefs.  The Conscience Rule was scheduled to take effect on July 22, but multiple lawsuits were filed challenging the Rule.

On July 1, a federal judge in the Southern District of New York issued an Order based on the agreement of the parties, which postpones the Rule’s effective date to November 22, 2019.  Similar agreements were reached in other lawsuits challenging the Rule.  HHS agreed to the postponement because “it is the most efficient way to adjudicate the Final Rule on the merits.”