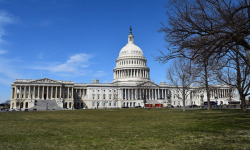 Employers have likely noticed the National Labor Relations Board (“NLRB” or “Board”) has recently issued many employer-friendly decisions.  See, for example, the decision discussed in a news digest article last week (Termination Lawful Even Though Based on a Lie); the one examined last month (NLRB Eases Risk for Employers Ousting Unions); the one that was the subject of an article in June (New Rule: Employers May Ban Union Solicitation in Company’s Public Spaces); or the case discussed in April (Obama-Era Case Defining Protected and Concerted Activity Overruled).

The letter goes on to request 19 broad categories of documents, including (1) a list of cases in which the Office of General Counsel has requested the Board to overrule or modify its own existing precedent, (2) any communications between the Office of the General Counsel and anyone not employed by the NLRB relating to modifying or overruling existing precedent; and (3) the number or charges filed against unions and employers each month for the past 42 months that resulted in a finding of merit and issuance of a complaint.

The Committee gave the General Counsel a deadline of September 2, 2019 to respond to the wide-ranging request.