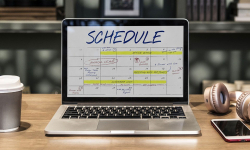 On November 5, the U.S. Department of Labor (“DOL”) published a notice of proposed rulemaking that would revise the Fair Labor Standards Act’s (“FLSA”) regulation for computing overtime compensation by allowing employers to offer bonuses or other incentives to salaried nonexempt employees whose hours fluctuate from week to week.

What is the Fluctuating Workweek Compensation Method?

Employers may meet their overtime pay obligations to nonexempt employees using the fluctuating workweek compensation method, which allows payment of a fixed salary to employees whose hours fluctuate from week to week.  Such employees may be compensated at a rate of at least half (as opposed to one and one-half) of the regular rate of pay for any hours worked each workweek in excess of 40.  Because the employee’s hours of work vary each week, the regular rate of pay must be calculated separately each week.

The proposed rule would clarify that bonuses, premium payments, and other additional pay of any kind are compatible with the use of the fluctuating workweek compensation method, and that such payments must be included in the regular rate calculation, absent an exception under the FLSA.

The DOL under the Bush Administration had proposed a similar clarification in 2008.  However, the final rule issued in 2011 under the Obama Administration did not adopt the clarification, and in fact, stated in the preamble that bonus and premium payments are not compatible with the fluctuating workweek method.  According to the DOL, the 2011 final rule led to inconsistent rulings from courts and employer confusion.  Thus, the DOL believes this proposed rule (which is substantially similar to the 2008 proposal) is a necessary clarification.

“For far too long, job creators have faced uncertainty regarding their ability to provide bonus pay for workers with fluctuating workweeks,” Wage and Hour Division Administrator Cheryl Stanton said.  “This proposed rule will provide much-needed clarity for job creators who are looking for new ways to better compensate their workers.”

More information about the proposed rule is available at the DOL’s Proposed Rule Website.

Public comments on the proposed rule are due on December 5, and will be accepted through regulations.gov under RIN Number 1235-AA31.