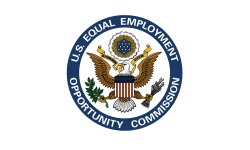 The Equal Employment Opportunity Commission (“EEOC”) recently rescinded numerous Guidance and Technical Assistance Documents in an effort to clean up documents that have become outdated or have been superseded by legislation, court decisions, or newer and more complete guidance.

The documents approved for rescission are listed below.  If you rely on any of these documents, be sure to update your files as indicated.  The EEOC advised that this is an ongoing process and this list will grow as additional rescissions are approved.