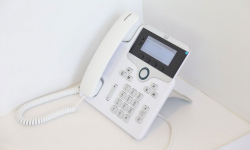 If your company plans to buy, lease, or install a multi-line telephone system (“MLTS”) after February 16, be sure it complies with the new rules regarding 911 calls.  The Federal Communications Commission (“FCC”) adopted rules to help ensure that people who call 911 from MLTS—which commonly serve office buildings, hotels, and campuses—can reach 911 and be quickly located by first responders.  The new rules will also improve emergency response for people who call 911 from other calling platforms.  The rules implement two laws enacted in 2018 that are designed to strengthen emergency calling – Kari’s Law and RAY BAUM’s Act.

Kari’s Law arose out of the murder of Kari Hunt Dunn by her estranged husband in a hotel room in front of her daughter.  Her daughter attempted to call 911 four times, but was unable to get through because the hotel’s phone system required guests to dial “9” to reach an outside line.

Kari’s Law, which requires all MLTS manufactured, imported, offered for first sale or lease, first sold or leased, or installed after February 16, to be pre-configured  to enable users to dial 911 directly, without having to dial a prefix (such as a “9”) to reach an outside line.  Kari’s Law also requires MLTS to be configured to provide notification, such as to a front desk or security office, when a 911 call is made in order to facilitate building entry by first responders.

RAY BAUM’S Act requires “dispatchable location” information (such as the street address, floor level, and room number of a 911 caller) to be conveyed with 911 calls so that first responders can be quickly dispatched to the caller’s location.  The FCC’s rules apply dispatchable location requirements to MLTS, fixed telephone service, interconnected Voice over Internet Protocol (VoIP) services, Telecommunications Relay Services, and mobile texting services.

Kari’s Law applies to any “person engaged in the business of manufacturing, importing, selling, or leasing” or “installing, managing, or operating” MLTS.  Additionally, the law applies to MLTS manufactured, imported, offered for first sale or lease, first sold or leased, or installed after February 16, 2020.  The FCC declined to specify the level of improvements to an existing MLTS that would trigger compliance with the statute and regulations.

Even if the law does not technically apply to your phone system, FCC Chairman Ajit Pai encourages you to contact the company that maintains your phones to discuss the simple fix that could save lives.