KÅ«lia i Ka NuÊ»u: Sunshine Topping at Hawaiian Telcom â This is The Best Job Ever! 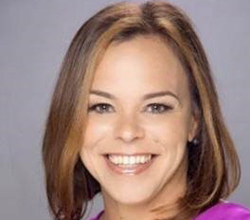 Kūlia i Ka Nuʻu: Sunshine Topping at Hawaiian Telcom – This is The Best Job Ever!

This column of Kūlia i Ka Nuʻu features Sunshine Topping, Vice President of Human Resources at Hawaiian Telcom.  A Hilo High School and University of Colorado – Boulder graduate and one of 9 children, Sunshine grew up on Hawaiian Home Lands in Keaukaha on Hawaii Island.  From a young age, her mom referred to her as a “mediator” as she would instinctively help resolve disagreements between her siblings.

That instinct has served her well throughout her career.  Prior to joining Hawaiian Telcom in 2015, Sunshine served in leadership roles at ‘ike, Hawaiian Airlines, and The Boeing Company.  She also served on Governor Neil Abercrombie’s cabinet as the State of Hawaii’s Director of the Department of Human Resource Development.

Sunshine was interviewed by Derek Kanehira of HEC.    The interview provided the longtime colleagues with a chance to reflect back on how HR has evolved in Hawaii over the years.  They also had a chance to laugh about a time over 15 years ago when they competed against each other for talent in the high-tech field.  Sunshine showed she was focused on producing results even then, as evidenced during their many recruiting trips together including a recruiting trip to California during her honeymoon.

What did you want to be when you were a child?

I wanted to be a doctor like my Dad.  He was a “hippie” doctor and he was a genius – sort of like the TV character portrayed by Doogie Howser.  Doctors across the state would refer patients to him for help with a medical diagnosis.  However, as I prepared to enter UH Medical school after college, I conducted a self-assessment and the results, combined with input from my Dad’s colleagues in the community, clarified that a medical career was not the best path for me.

How did you go from medicine to human resources?

After college, I relocated with my husband, then fiancé, Miles, after he was hired as an engineer with Boeing in Seattle, Washington.  While there, I started a temporary assignment with Boeing to perform some light HR analysis work on their Teledesic Satellite Network Development project.  I eventually got hired as a full-time employee and did sourcing and staffing for various IT projects that employed over 10,000 people.

It was in that job that I learned first-hand the importance and positive impact of having the right people in the right job at the right time.  I was hooked and knew from that point on that this field they called “human resources” was where I needed to be.

Before returning home, I transferred to a Boeing office in California where I worked as a Labor Relations Manager, handing grievances and investigations for eighty-seven collective bargaining agreements.

Since returning to Hawaii you’ve worked in various industries.  Any favorites?

I was fortunate to have worked in the technology field for over a decade, especially during the dot.com era.  The work was both challenging and rewarding.  All high tech companies struggled to find local talent back then and the sad reality is that many technology companies today continue to face that same exact challenge.

What was the reason you decided to resign as the State of Hawaii’s Director of the Department of Human Resource Development?

My family.  At that time, my three kids were between the ages of 3 and 9.  I was spending a lot of time at work and also doing work when I came home.  One day, my daughter came home with a drawing from school.  On it she had drawn a picture of me with the words, “My mommy loves to work and watch the news.”  That made it pretty clear that I needed to make a change.

What excites you most about your current role at Hawaiian Telcom?

I genuinely feel that this is the best job ever!  The leadership team is supportive, the employees are engaged, people get excited about doing new things, and I feel I can have a positive impact on the company, the people, and the community.  HR has helped to launch several zero to low budget projects including our employee ambassadors, corporate wellness, and navigators program.  I’m excited to see what the future holds.

Can you share what’s in store for you in the future?

Once Hawaiian Telcom’s merger with Cincinnati Bell is approved by the Public Utilities Commission, my role will expand to include the corporate culture office and I will be reporting to the Chief Culture Officer in Ohio.  We’ve had several discussions about this expanded role, and it will be amazing to have the opportunity to help shape and influence not just the culture of our Hawaii office but also corporate-wide.

What values are you committed to?

Here at work, and in life, I am deeply committed to our “FAST” values.  Fierce Resolve, Aloha Spirit, Superior Service, Trustworthy.  I am also very grounded in my Hawaiian culture and believe in perpetuating native Hawaiian values passed on to me through my family.

What advice do you have for other HR professionals?

I think that the best way to elevate the HR profession is for HR professionals to start speaking up, making informed recommendations, and being proactive as opposed to reactive.  I have finally realized that the best HR department is one that is creative, and that is committed to solving problems!