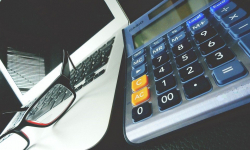 FLSA 2020-1 arose from an employer who gives employees a lump sum bonus of $3,000 if they successfully complete ten weeks of training and agree to continue training for an additional eight weeks (even if they do not complete the additional eight weeks of training).  Since the bonus is nondiscretionary and paid as an inducement for employees to complete the ten-week training period, it must be included in the regular rate of pay when calculating overtime.  The question was how to calculate overtime pay if an employee works overtime during several of the ten weeks since the lump sum bonus could not be identified with a particular workweek.

FLSA 2020-2 analyzes two of a company’s proposed methods of paying educational consultants it employs to determine whether the methods constitute payments on a salary basis to qualify for the administrative or professional exemption under the FLSA.  In general, an employer may claim the exemption for employees who satisfy the applicable duties tests if the employees are paid “on a salary or fee basis.”  Employees are paid on a salary basis if they receive, each pay period on a weekly or less frequent basis, a predetermined amount constituting all or part of their compensation that is not subject to reduction because of variations in the quality or quantity of work performed.

In Example 1, the company assigns educational consultant A to Project One for 40 weeks, during which the consultant will work irregular hours ranging from zero to 80 per week.  Educational consultant A will be paid $80,000 for the project in 20 biweekly installments of $4,000 (i.e., $2,000 per week) regardless of the number of hours worked in any specific week.

The WHD concluded that this payment structure satisfies the salary basis requirement (provided the payments are not subject to reduction because of variations in the quality or quantity of work performed) because employees would be paid a predetermined amount weekly or less frequently, and the amounts would not vary from week to week or month to month based on the number of hours worked.

The letter also mentions that the compensation paid to a consultant might change several times throughout the year depending on the number of projects to which the consultant is assigned and if the scope of a project changes.  According to the WHD, these changes do not necessarily defeat the salary basis exemption, provided the revised payments meet the minimum threshold.  An employee’s exempt status may be undermined, however, if there are such frequent revisions that the amount of the employee’s biweekly compensation for a certain project is rarely the same from pay period to pay period and the circumstances suggest the amount of the payment is, in fact, actually based on the quantity or quality of work performed.