Lessons from the 9th Circuit to Avoid Discrimination Claims 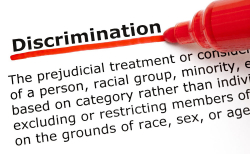 John Kocienski claimed that NRT Technologies terminated him because of his age.  NRT articulated a nondiscriminatory explanation for his termination.  The question, then, was whether NRT’s reason was pretextual.  The Court held that Kocienski provided sufficient evidence to create a genuine issue of material fact that warranted going to trial.  The Court relied upon the following: