Thinking About Permanently Replacing an Employee on Workersâ Compensation Leave? Better Be Sure There are No Other Feasible Alternatives 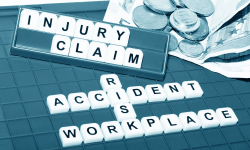 Tammy Josue was placed on disability leave after suffering a work injury while employed at BCI Coca-Cola Bottling Company of Los Angeles (“BCI”).  After being on leave for more than ten months, BCI hired a permanent replacement for Josue’s pre-work-injury position because her prolonged absence was creating a hardship for the department and it was unclear when or if she would return to work.  About five months later, Josue was released to work and sought to return to her pre-work-injury position, which BCI refused because it had filled the position.  BCI offered other positions to Josue, but she declined them because she thought they were either downgrades or above her qualifications.

Josue filed a complaint alleging that BCI discriminated against her in violation of Hawaii Revised Statutes § 378-32(a)(2) when it refused to return her back to her pre-work-injury position.  That statute makes it “unlawful for any employer to suspend, discharge, or discriminate against any of the employer’s employees . . . Solely because the employee has suffered a work injury . . . .”

In an opinion issued last year, the Intermediate Court of Appeals (“ICA”) determined that Josue’s prolonged absence was creating a business hardship, and that such hardship was a valid justification for hiring a permanent replacement.  The ICA concluded that the work injury was not the “sole” reason for refusing to return Josue to her pre-work-injury position because “business necessity” also justified BCI’s decision.  Therefore, the ICA concluded that BCI’s refusal did not constitute unlawful discrimination.

The Hawaii Supreme Court, however, disagreed with the ICA.  In BCI Coca-Cola Bottling Co. v. Murakami (June 10, 2019), the Court indicated “In the Absence of True Business Necessity, Discrimination for Business Reasons is Discrimination ‘Solely Because’ of a Work Injury.”  The Court explained that in order for an employer to establish “true business necessity,” the employer must:

Applying the new rule to this case, the Court held that BCI did not establish why a temporary replacement or other alternative would not have sufficiently addressed its business concerns, and thus, failed to meet its burden of proving there was “no feasible alternative” to hiring a permanent replacement.  Specifically, the Court determined that

An employer who wants to hire a replacement employee for another employee suffering from a workers’ compensation injury should ensure they have specific evidence that:

In determining whether a “feasible alternative” exists, the employer should consider the anticipated length of the injured employee’s absence.